The Cloud is Inexorably Linked to IoT

Few words have gained such notoriety in the past few years as “the cloud”, this mythical place where computers store their information within seemingly unlimited capability. In the early 90s, the cloud was a little different than what we consider it to be today. In the early days of the internet, the cloud was used to refer strictly to the internet. Because, from a distance, the structure resembled a cloud, engineers began using the term in textbooks and diagrams relating to the internet. However, we now think of “the cloud” as a way to represent internet-based services that store data that is able to be accessed by users from anywhere on the planet. This is an important distinction because, increasingly, the cloud is being used to build the next great internet buzzword: IoT. What is IoT? Continue reading below to find out. 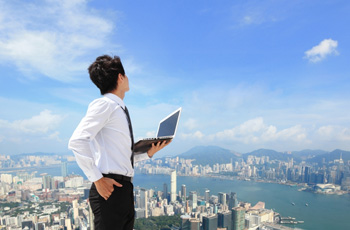 You Already Understand the Internet Of Things

The internet of things, or IoT for short, is the latest in a long string of advancements in networking that is making our world an even smaller and more talkative place. While the definition of “thing” varies from depending on who you talk to, for the purposes of this article we are going to define the “thing” of the internet of things as devices with embedded computing devices. Through the use of these embedded computing devices, objects feature an IP address that allows them to connect with the internet and with other networked devices. Through the IoT, society is increasingly extending internet connectivity beyond traditional internet-connected devices such as computers, tablets, and smartphones. However, as the internet of things grows, the infrastructure needed to support must also grow. This is where the cloud, that beautiful collection of networked storage space comes in.

The Internet of Things is Getting Big, Really Big

By 2020 it is estimated that there will be a little over 25 billion devices connected to the internet of things. Compare this to smartphones, tablets, and computers which are only expected to reach around 8 billion units, and you can quickly see just how big IoT technology is going to be. What the common person fails to realize however is just how much data these devices are going to be producing. Anyone with a smartphone knows that devices connected to the internet eat through data at alarming rates. A 10gb per month data plan is barely enough to keep up with a teenager’s Instagram habit, so what happens when suddenly everything around us is linking up to the internet to download/upload data? Further estimates believe that by the year 2020, there will be 5,200 gigabytes of data for every man, woman, and child on the planet. To account for this massive amount of data we would have to build, roughly, 120,000 new application servers per year to be able to handle the amount of data that is going to be produced. For those who are not aware of how many servers that is…it’s a lot. With this glaring reality quickly approaching, it seems cloud hosting is our only viable option.

Joins us again next time as we further delve into how cloud hosting is going to allow us to continue to expand the internet of things and, as always, if you are in the market for Cloud Hosting Services feel free to contact us today at Galalee Software Solutions. Our cloud-based web hosting services will keep your data secure while also allowing you to access vital information anytime, anywhere. The world is changing, don’t get left behind; contact us today and see how cloud servers can keep your businesses moving forward with technology.